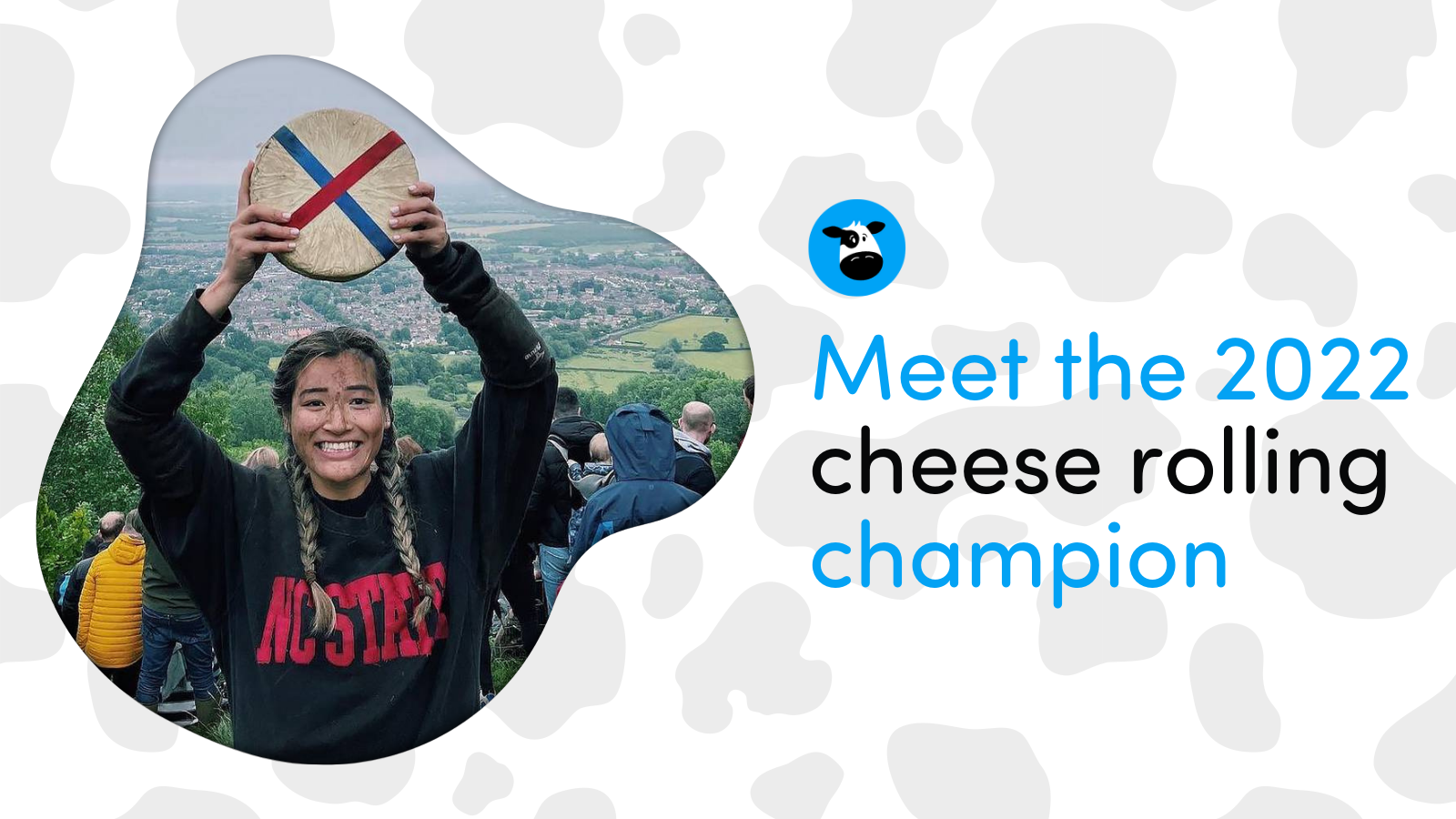 Racing (tumbling?) down a hill chasing after a wheel of cheese is an activity everyone has done at some point in their lives, right?

Cooper’s Hill Cheese-Rolling and Wake happens every year in June in Brockworth near Gloucester, England. Bold and courageous contestants race themselves down the 200-yard Coopers Hill after an eight-pound wheel of double-Gloucester cheese. The first to the bottom wins the wheel of cheese and that year’s bragging right. The first record of the event is from 1826, but it is believed to be over 600 years old. The race was documented on We Are The Champions on Netflix in 2020, which followed Flo Early’s journey to becoming the 2019 Ladies' champion.

The event attracts many participants from around the world, including Abby Lampe who won this year's women's race and was the first American to win that category.

The cheese can reach speeds of up to 70 miles per hour rolling down the head. Since it is quite a speedy event down a very steep hill, injuries are common. Contestants can gain so much speed that the local rugby club and Young Farmers stand at the bottom of the hill to catch people. But that didn’t scare Abby, if anything it piqued her interest even more.

Tell us a bit about yourself.

I'm from Smithfield, N.C. I just graduated from North Carolina State University in May with a degree in Industrial and Systems Engineering. I'm spending the summer in Barcelona and traveling around Europe until I start work in October. I came across this cheese rolling race a few years ago. I think it's kind of hard to miss whenever it happens since there are so many videos on YouTube of people throwing themselves down a hill for some cheese. I knew I wanted to participate this year. I was with some friends and we looked at when it was going to be. It happened to be when I was going to be in Europe, so I booked some flights and made it.

So you’ve heard of this race years ago, have you seen the Netflix documentary?

I didn't see the Netflix documentary until the day before the race. I did that when I was in Gloucester. We watched it the night before the race just to get a better understanding of strategy and what the hill was going to be like. I looked at the hill on Friday to scope it out and get the lay of the land. I knew what I was up against, but I didn't know how the competition would be.

How did you train for something like a cheese rolling competition? Did you just roll with it?

I tried to find the steepest hills in my area before I left. I asked a lot of people around if they knew of any really steep grass hills and no one knew of any. I went to a local park where there were some steep hills.

There are a few ways you can roll down a hill, you can do it horizontally, kind of like a barrel roll or you can do it headfirst. I was initially going to do the headfirst one, but I did not take into account the hill's steepness and how the ground is not even. Like, there's no way you could actually do that. I just did the barrel roll.

I guess the rolling method is important.

The way they roll plays out on how the body is going to handle it. I wanted to do the head first because it would take less time to get down the hill. But, since I played volleyball growing up I’m used to rolling horizontally.

How did the event operate? Do you all just toss yourself down at the same time?

There are three men's downhill races, and there's a max of 25 people that can be in it. So if you don't make the first one, you'll get to the second one. And then people typically can go to the third one, even if they've raced the first or second one. And then there's only one women's downhill race, and there's a max of 25 with that one as well. But this year, there are only 13 contestants, with me included.

Did you ever hesitate? Was there a moment at the top of the hill where you thought “maybe this isn’t the best idea?”

I did it on Friday when I did my test run. There were no barriers and there was no one to catch me at the bottom. I didn't expect it to be as steep as it was. I feel like the pictures and videos don’t give it justice. I was like, ‘wow, this is really steep.’ Then I fell a few times trying to get down. At that point, I was like ‘I don't know if this is a really smart idea to go through with this but I'm gonna do it.’

When the event started on Sunday, I just wanted to get it over with. I was excited to do it but I wasn't really fearful or I didn't have regrets.

What was the crowd like? A lot of locals?

There are a lot of different people from places like South Korea, Belgium, and Germany. I think Netflix's documentary broadcasted it to the world, but I think people also knew about it beforehand. It's one of those really weird events that you see on Reddit. All of the competitors on top of the hill were very friendly. A lot of them participated in the cheese roll multiple times.

What did you do with the winning cheese?

I shipped it to my parents and they have it. They haven't unwrapped it because I want to wait until I’m home.

Are you going back again next year? What’s next?

My streak right now is 100%, I don't really want to ruin it. I feel like I've peaked, I don't know what can top this. I might have to do it again next year.

Abby was recently featured in Sports Illustrated and was commemorated with a special edition Iconic Heros t-shirt, which she announced on her Instagram that she’ll be donating all proceeds to charity. 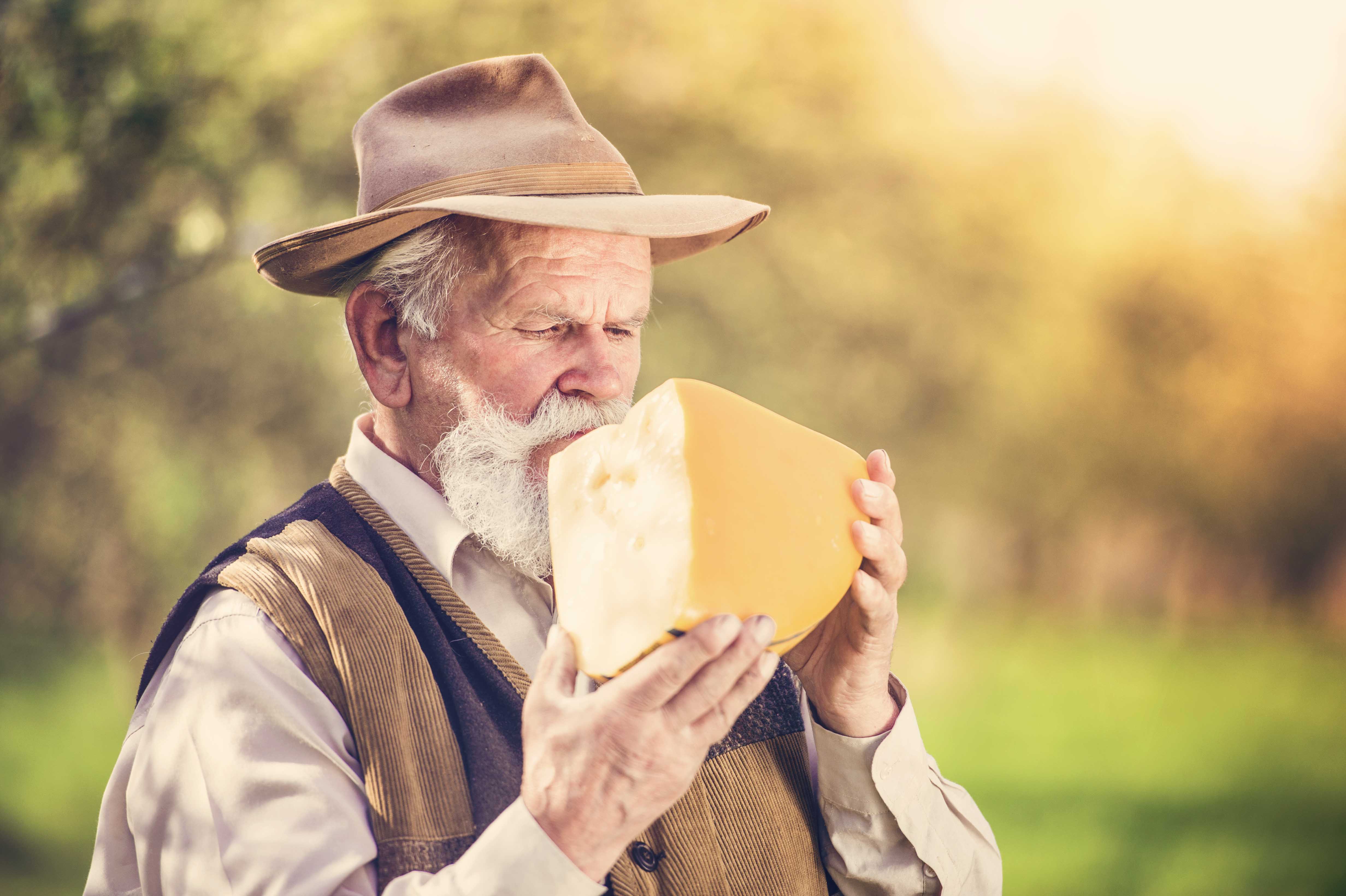 Curd Is The Word: Five Cheese Recipes That Will Change Your Life

The holiday season is over. However, we at Milk Moovement ardently believe that every season is cheese season! Our cheese connoisseurs have put together a list of their... 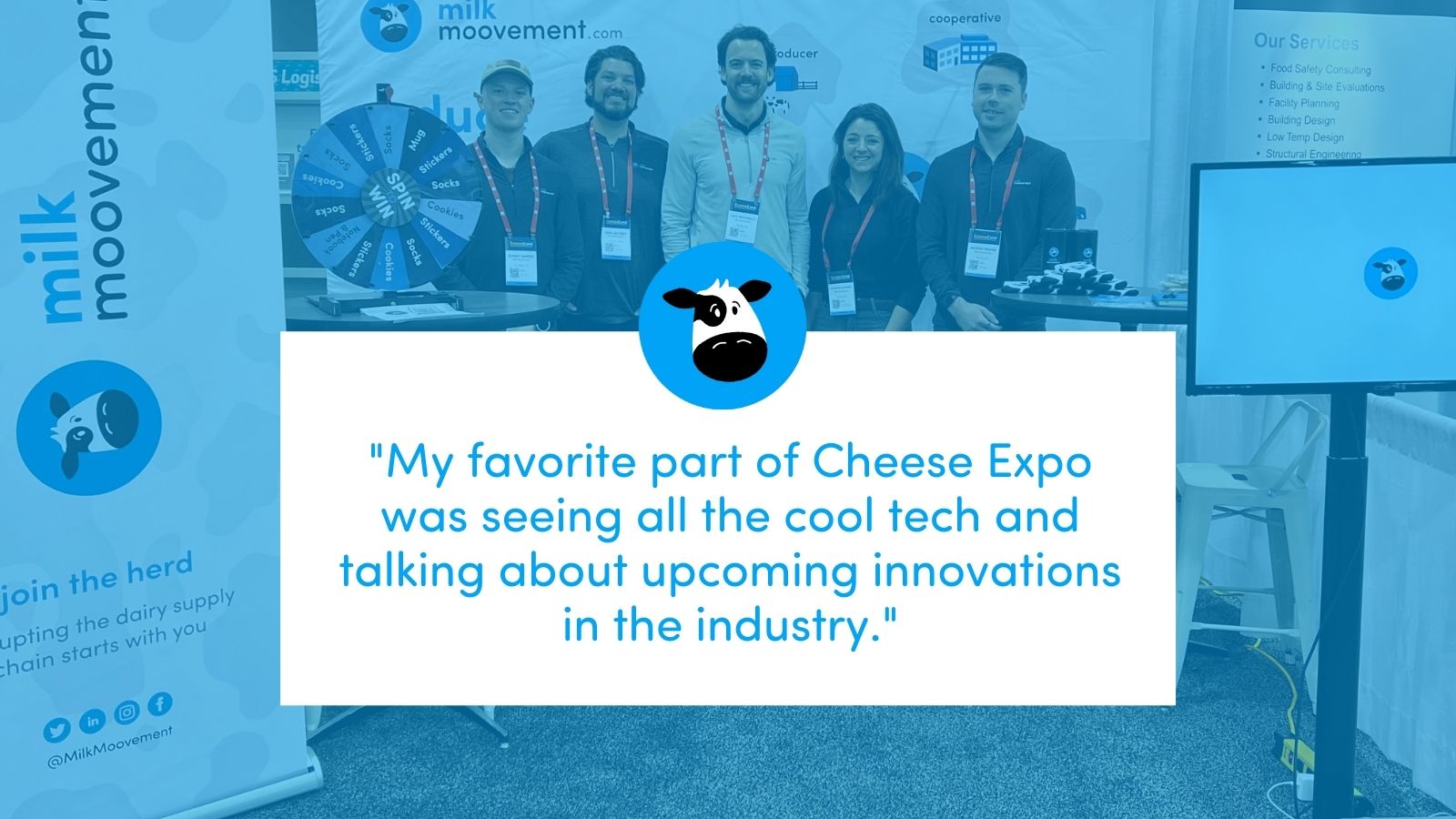 Cheesiest Moments at the 2022 Cheese Expo

Last week Milk Moovement had an un-brie-lievable time attending the 2022 Cheese Expo in Milwaukee, Wisconsin hosted by Wisconsin Cheesemaker's Association and Center for...