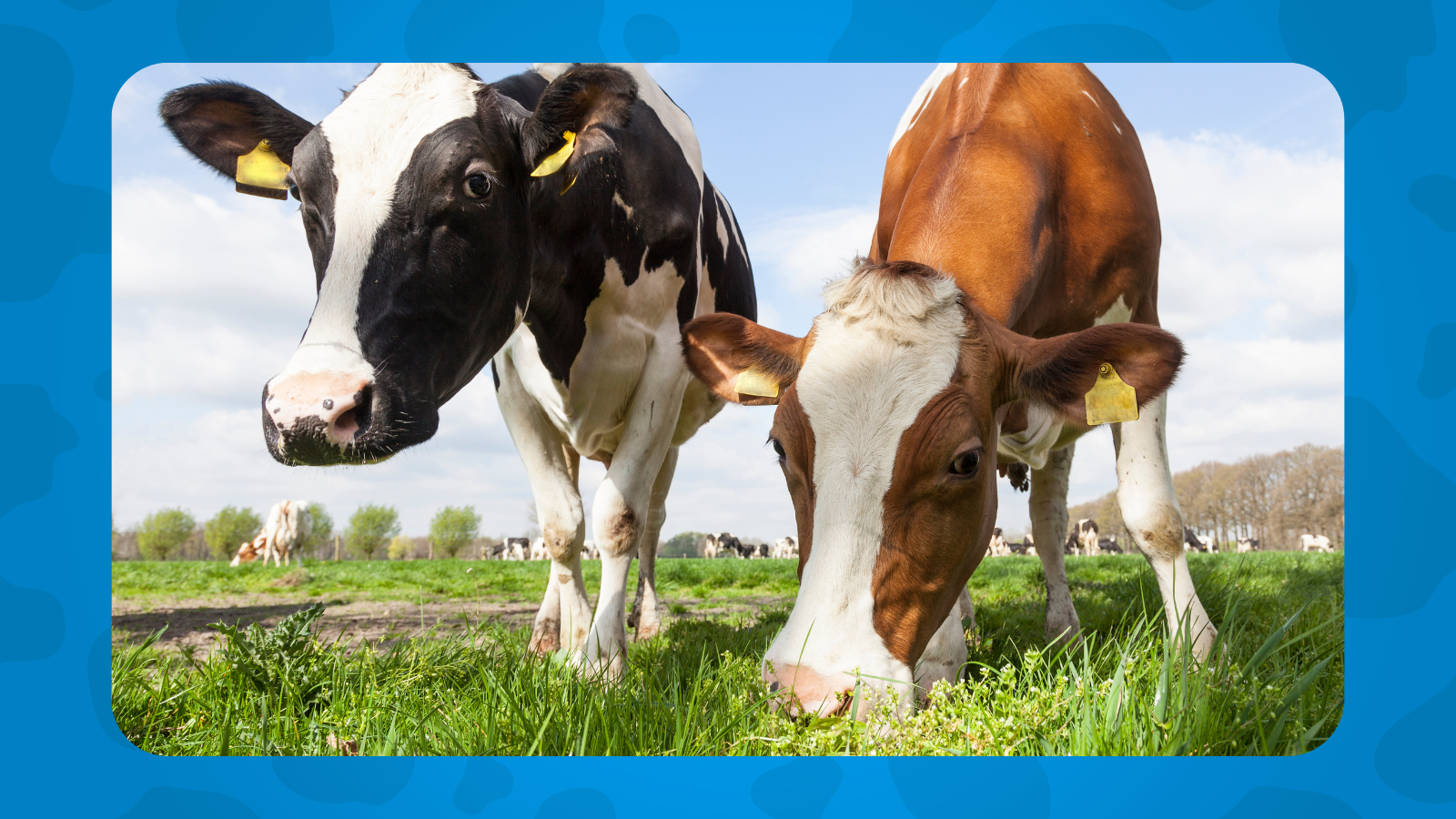 What are greenhouse gases (GHG)?

Gases that trap heat in the atmosphere are called greenhouse gases. They are naturally occurring, and are the reason the Earth is habitable, however too much of a good thing is, well, too much. When there are too many GHGs in the atmosphere, they trap heat from the sun and warm up the Earth, just like a greenhouse.

Scientists have been measuring the amount of GHG in the atmosphere and can see an increase in gases, especially post-industrial revolution. This increase is behind the changing climate. Globally, we are experiencing more storms, floods, droughts, and changing temperatures than before. This has proven to be challenging for farmers to predict weather conditions, plan for the unexpected and produce the food that feeds us.

What is the main GHG?

There are several GHGs, but we are focusing on the main three: carbon dioxide, methane, and nitrous oxide.

Carbon Dioxide (CO2):  is emitted into the atmosphere mainly through the burning of fossil fuels, burning coal, natural gas, and oil for energy production, forest fires, etc. The agriculture industry has a unique capacity to actually remove CO2 from the atmosphere and sequester carbon back into the soil.

Methane (CH4): is emitted during the production and transport of coal, natural gas, and oil. Municipal solid waste landfills also emit methane during the decay of organic waste. Specifically, this gas is produced by ruminant livestock and rice paddies in the agriculture industry.

Nitrous oxide (N2O): is emitted during industrial activities including the combustion of fossil fuels and solid waste and during wastewater treatment. In the agricultural sector, we see N2O emitted on land use both naturally and with improper fertilizer applications.

What parts of the system emit GHGs?

Methane is produced as a by-product of the rumination of fiber. Although a valuable source for building soil nutrients and organic matter, manure has been shown to emit methane and nitrous oxide. Variations in methods of manure storage and field application techniques determine the amount of these gases emitted.

What portion of GHGs comes from the Agriculture Sector? Greenhouse gas emissions from the agriculture sector have been excessively studied for decades. Despite feeding an ever-growing global population, the industry has been under increasing scrutiny for its contribution to global warming.

According to the Environmental Protection Agency (EPA), in 2020 the entire agricultural sector was responsible for emitting 11% of the GHGs in the country. This may seem like a lot, but this industry feeds the entire world (that is 8 billion people) and produces the least amount of GHGs than any other industry.

How much comes from Dairy?

The “agricultural system” is a broad sector including the production of vegetables, rice, grain, fruits, and other livestock, so only a portion of agricultural GHGs come directly from the dairy industry. A robust life cycle assessment of the entire dairy sector estimated that the dairy sector contributed to 1.9% of U.S. GHG emissions.

The good news is, the U.S. dairy industry is responsible for a small amount of GHG emitted, the industry produced 227 billion pounds of milk for human consumption in 2020 and there are still so many opportunities to reduce impacts throughout the supply chain.

Not only do farmers feed this ever-growing population, but they also have a unique opportunity to capture carbon from the air, and sequester it into the soil. For decades, researchers have been conducting studies to determine Best Management Practices (BMP) for farmers. Everything from managing the soil to sequester carbon, to how to more efficiently produce milk, how to reduce feed waste, and feeding additives to livestock, like seaweed, to reduce enteric methane production.

Entrepreneurs have been developing technologies to help farmers implement BMPs and governments are making investments into helping farmers access and acquire new developments so they can continue to provide the food that feeds the world while capturing carbon from the air. This is an exciting industry to be part of.

John Moores is the General Manager of the Dairy Farmers of Newfoundland and Labrador (DFNL) Cooperative. 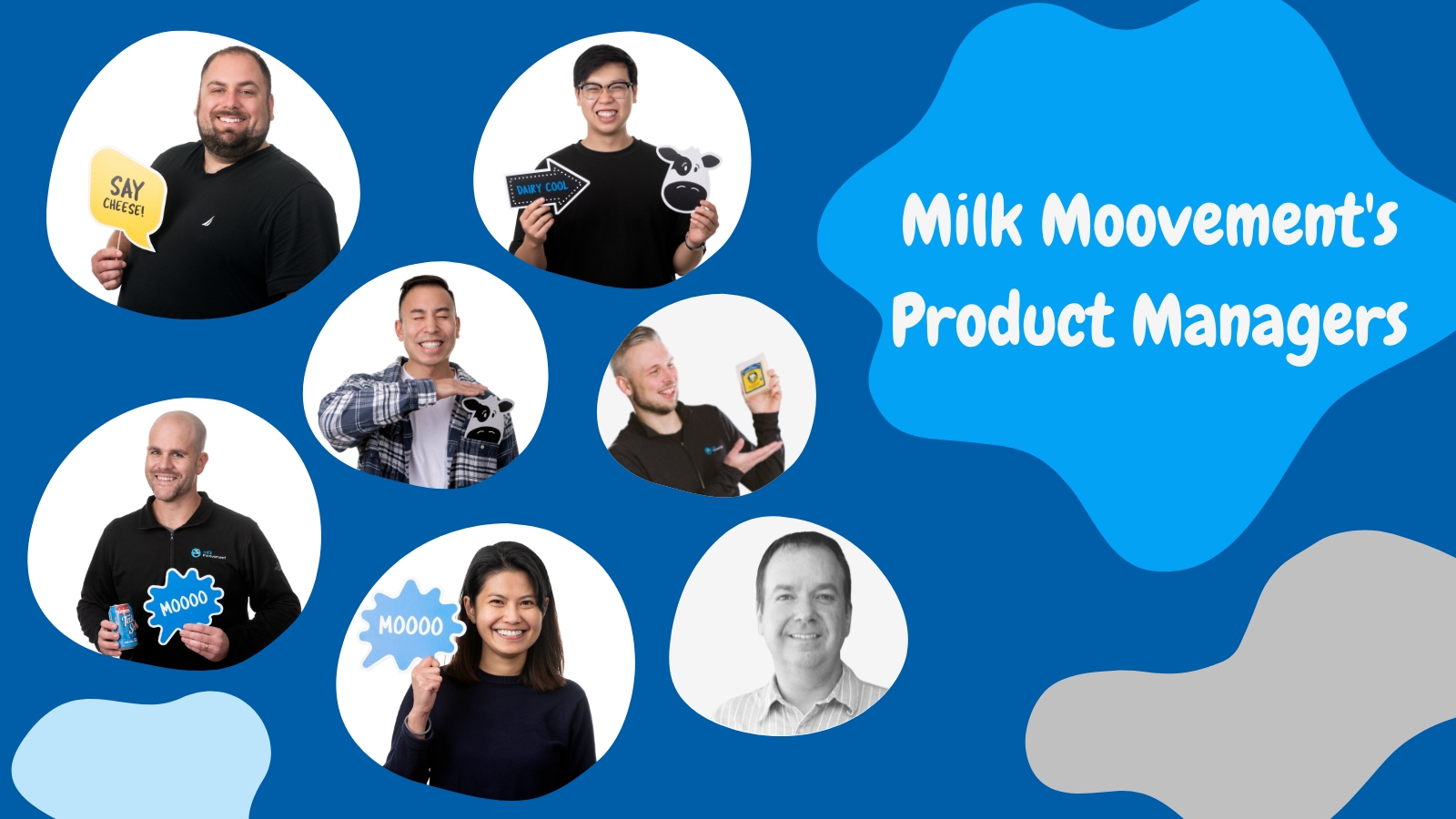 Get to Know the Milk Moovement Product Team

As Milk Moovement grows, ensuring users' needs are met and that we stay organized is essential. The product team helps keep the business on track, creates objectives for...